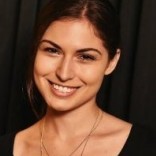 Trying to be data driven? Double check your SQL Tutorial!

My career is in Data Engineering, I hold a Bachelors of Science in Economics, and until recently I have been a major skeptic of Bitcoin & other cryptocurrencies. I wasn’t an early adopter because I felt there were economic weaknesses that made the investment too risky.

But after the crash, I came across an interesting perspective that changed my skepticism to interest. I wanted to share my change of mind so enthusiasts and skeptics could better understand their counterpart’s point of view.

I first came across Bitcoin circa 2013 when I was scrolling through news articles discussing its relationship to the Silk Road (website). I again came across it in 2015 when news outlets were claiming that Chinese elites had used Bitcoin to smuggle money out of the country before the Chinese Central Bank infamously devalued the yuan against the US dollar in one day.

During my perusing, two issues jumped out at me that kept me skeptical for a long time.

A fair complaint about fiat currency is the government’s ability to just simply print more cash. This is a major cause of inflation and ultimately hurts the little guy’s purchasing power. Bitcoin wanted to head in the other direction: a pre-determined money supply that is released in decreasing amounts.

This is not a new system, and it does work. At one point our currency was gold-backed. There’s only so much gold on planet Earth. In order to get to it, you need to mine for it. The more gold that is mined, the harder it is to find more.

I do not think the cryptocurrencies’ economies are insulated from each other — inflation could happen.

Another thing that concerned me is the very Laissez-faire approach to economics or in other words lack of monetary policy. I think some monetary policy is necessary to counteract a perfect storm of economic events. A perfect example is the recession following the dot com bubble. This recession followed a series of events:

In response to the crash, the Federal Reserve (Central US Bank) stepped in and lowered the interest rate. To put it simply, this makes money cheaper to borrow and is a way to get money flowing again.

Some of these events were under the US government’s control, some of them were quite the opposite. The advantage of a central authority is that someone can intervene when a financial meltdown occurs and prevent the situation getting worse for everyone. My perspective was and still is, that any economy needs to have safeguards built in.

I think it would be amazing to see monetary policy in an automated system. That way policy would not be set behind closed doors anymore. But it seems the major cryptocurrencies have not taken this step yet. And I think that is a mistake. Case in point…

Late 2017 was shocking; the cryptocurrency crash happened almost as suddenly as the rise. In February 2018, it finally bottomed out and that is where I saw something interesting. Just interesting enough to make me climb down from my high horse and take a closer look: Bitcoin was up significantly year-over-year. And that’s what got my attention.

Someone, somewhere out there finds enough value in this to ride out the crash. So I went in search of their perspective. What did they see that I didn’t?

How I Was Won Over

A friend gave me a book called “Bitcoin and the Future of Money” by Jose Paglieryas a gift. Who doesn’t love the story about the mysterious origins of Bitcoin and the technology behind Blockchain?

The chapter that won me over was Chapter 6: The Case for Bitcoin. The majority of this chapter talked about the life experiences of being “unbanked” and “underbanked”.

Pagliery’s figures on how many people are un/underbanked were staggering. At the time the book was published in 2014, more than 25% of American households and 30% of citizens in large American cities were in this situation. For many of us, transactions such as depositing a check, getting cash, or receiving a loan are seamless and relatively low cost. However they become expensive at lower incomes and can create a vicious cycle.

Perhaps some of this could be mitigated by better financial planning and education. But ultimately people in this situation are paying large percentages of their income to use their own money. It is undeniable that our financial system is not set up to effectively process small transactions and service those with low income.

The chapter went on to describe the breakthrough of M-PESA in Kenya which solves exactly this problem. M-PESA is a system that belongs to Kenya’s largest mobile network company which allows users to deposit money into a mobile account and then text money to each other. According to this chapter, 43% of Kenya’s GDP passed through M-PESA. This system was so successful because the number of Kenyans who have a phone far surpasses the amount who have a formal bank account.

I started to look around for the signs of underbanking at home. I live in Israel. Here the banks often require a 25% (or more) down payment on a home minimum. By comparison, in the US it is 3%. This 25% minimum down payment in conjunction with high real estate prices puts homeownership out of reach for many people and prevents the accumulation of wealth because paying rent is just a black hole. This is only part of the story with the banks and real estate here. I can only imagine what banking services look like for other places in the Middle East.

This chapter won me over because I was able to imagine the impact of an easy-to-join system that provides seamless and inexpensive financial services for everyone. Can you imagine what our worldwide economy would look like if that were so?

I think an important step to achieve this is an automatic monetary policy mechanism to stabilize the exchange rate and other economic indicators. This would allow cryptocurrencies to take on more of a currency role instead of a speculative investment.

A lot of brainstorming, debate, and experimentation needs to be done to get us to that point. I look forward to see what new crypto-creations come out in the future and where the discussion takes us.

Mastering Python Web Scraping: Get Your Data Back

I accept use of cookies
PRESS ESC TO CLOSE